Skip to content Skip to sidebar Skip to footer

Workshops in Khujand and Bishkek 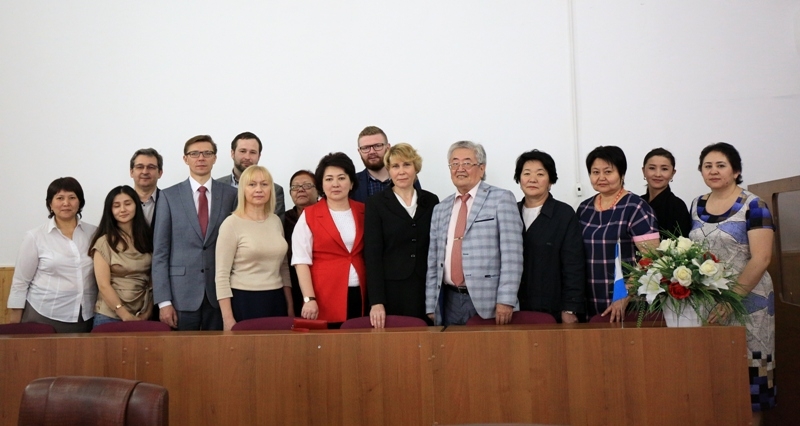 Two workshops were held within the project HECAFS for definition of the study modules to be developed and selection of bachelor and master level study programmes they will be integrated. The first event was held on May 11-13, 2017 in Khujand (Tajikistan), the second on May 15-18, 2017 in Bishkek (Kyrgyzstan).

Within both meetings EU and Central Asia partners had joint workshops with participation of universities teaching staff and representatives of associations of food producers and processors, get acquainted with study and research laboratories of the involved universities, visited food production and processing associations, where had meetings with representatives of companies interested in development and introduction in the production process Global GAP and HACCP standards.

The workshops were ended with agreement on study subjects to be included in the new modules and study programmes, where these modules will be integrated. The next partners meeting will be held in Bishkek in November, 2017.

This website uses cookies to improve your experience while you navigate through the website. Out of these cookies, the cookies that are categorized as necessary are stored on your browser as they are essential for the working of basic functionalities of the website. We also use third-party cookies that help us analyze and understand how you use this website. These cookies will be stored in your browser only with your consent. You also have the option to opt-out of these cookies. But opting out of some of these cookies may have an effect on your browsing experience.
Necessary Always Enabled
Necessary cookies are absolutely essential for the website to function properly. These cookies ensure basic functionalities and security features of the website, anonymously.
Functional
Functional cookies help to perform certain functionalities like sharing the content of the website on social media platforms, collect feedbacks, and other third-party features.
Performance
Performance cookies are used to understand and analyze the key performance indexes of the website which helps in delivering a better user experience for the visitors.
Analytics
Analytical cookies are used to understand how visitors interact with the website. These cookies help provide information on metrics the number of visitors, bounce rate, traffic source, etc.
Advertisement
Advertisement cookies are used to provide visitors with relevant ads and marketing campaigns. These cookies track visitors across websites and collect information to provide customized ads.
Others
Other uncategorized cookies are those that are being analyzed and have not been classified into a category as yet.
SAVE & ACCEPT